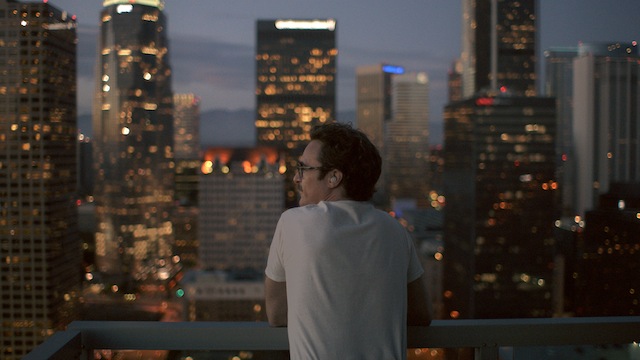 Writing about an experience of art seems like a betrayal. Its nature unfolds within our sensibility, inspires us and fills us with a superior richness of seizing reality and dealing with its limitations. Samantha, HER, the artificial being Theodore falls in love with in Spike Jonze’s new work, describes her consciousness by comparison to a book. The empty spaces in between the letters, pointing towards an infinite depth, are what she is approaching after developing to a hyper-intelligent life form throughout the film’s two hours. In the way that ambitious Science Fiction has always been an imaginary expansion of the complexity of reality, Spike Jonze’s new work articulates in the form of her character what has become a core element of human evolution: the increase of simultaneity, acceleration and complexity of the systems that surround us as well as the evolution of feelings, experiences, impressions, the very fact that our world is a world that seeks to take constant influence on us. And it does so through whatever form available within the devices of our information societies. 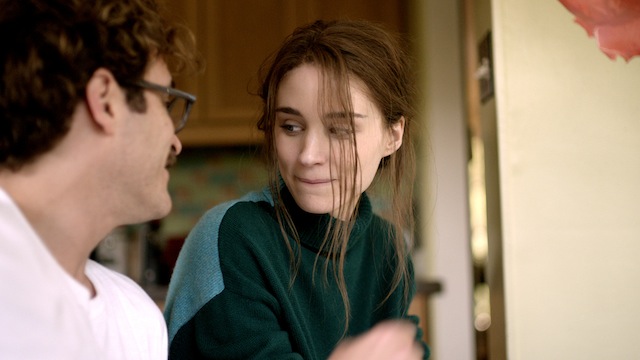 As we become more and more intelligent, our longings stay the same. We love challenges, of course, but our bodies and minds are lost without tenderness and love. Jonze’s vision shows: exploring and evolving the world must never happen without exploring and evolving our souls. HER is a loving and caring glimpse into a future that upholds this principle, to be taken as sincere inspiration for our presence, in which global reality is threatening to erase the value of our emotional sensibilities. The story is also what cinema is all about. Cinema, as the core art form of mass consumption (next to games, which are also a dominant metaphor of the film). It expands the preciousness and endless richness of an individual consciousness to a collective scale. Jonze, his many co-creators and actors, with all their unique auras that his film consists of, challenge us to imagine all the social networks and the masses of information accumulating in our time as an articulation of the depth of humanity’s spiritual greatness. Nothing would be more suitable to establish this comparison than the overwhelming feeling of sincere love most of the film’s characters are searching for in more or less absurd, funny, desperate, frustrated, hopeful ways.

As the film proceeds and we face the consequences of relationships between computer systems and humans, slight moments of doubt and warning emerge and tickle us with a careful atmosphere of ambivalence. But Jonze manages not only to defend the story’s humanistic tone, but each and every character’s artificial or human autonomy and heart from becoming steady or instrumentalized for an ideological setup – a sickness many big US-productions are facing nowadays. The film, as a guiding line, rejects to tolerate the frontiers that we presently and constantly invite to structure our life situations. Instead, it unfolds an organic concept of human condition and perspective. In Jonze’s film, work is not related to commodity, neither are the systems people attach to themselves designed as working tools – they are extensions of man. Instead of dooming society for structural advancement, the story outlines a perspective of a humanity that subordinates structure and currency below value. All problems the characters encounter are rooted in their human condition, their doubts, their imperfections. Through learning to love its own bodyless creation, its mirror, humankind ultimately learns to love itself beyond concepts of species, race or gender.

As our present day condition shows: no matter in which context, borderlines of economic, political or religious systems, like all structures of regulation, create forces of limitation, discrimination and exclusion. What could – but probably never will – transcend them, is the infinity of our minds. As the film proposes, without naivety, but trough its warm-hearted intonation, what we must strive for is to defend and proliferate creative mingling throughout all forms of civilization for the sake of humanism. In Jonze’s world, the city is a metaphorical space where surroundings are touched by art, economy by tenderness, tools by nature. Here, human relationships as intellectual and emotional exchange form the organizing structure of all things. Increasing complexity and development of mankind is shown as a perspective rather than a threat. HER is a story of creation. Through the transcendence of human form and the complexity of love, it articulates what defines our individual and collective beauty, the possible beauty of our world.

Defending the bliss and smartness of this story, and the many other works of art that humans have created, in our hearts and carrying them into every realm we go is the task we need to face. Preferably when we confront the bottomless abyss of our present, brutal, egoistic and capital-driven world. We need every single inspiration.