Mira Fornay about My Dog Killer 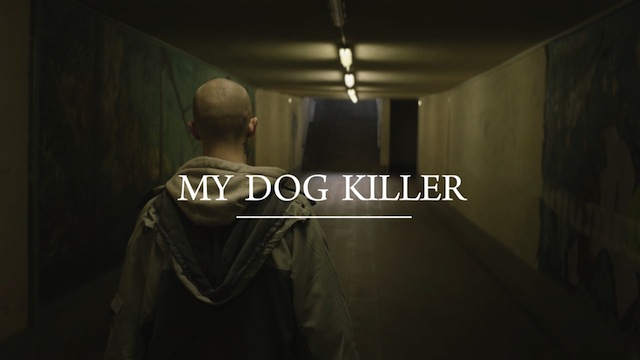 MY DOG KILLER, one of the most thoughtful films touching the issue of racism within the younger past, first appeared during the Rotterdam International Film Festival 2013 (some impressions in German). The film follows young Marek during one day of his life. As the film progresses, we learn about the mentality of a group of racist hooligans he surrounds himself with, about his family and about his pitbull “Killer”, who plays a special role for him. Even besides the very relevant subject matter, the film’s stunning verité visuals and impressively clear structure unfold an intense tableau of modern day Slovakia that is not to be missed. This especially goes for the German audience.

The film had only been finished a few days before it premiered in the Netherlands. Back in Rotterdam, director and producer Mira Fornay was exhausted. But when we spoke about her film for the first time, she had a very clear vision of why she made it. Everything she explained about the process of creating her work was an obvious result of sincere conviction, artistically and humanistically. The time and effort she had invested in the project were more than considerable and couldn’t have been further from regular industrial working procedures. Her ambitions and efforts were not only justified but acknowledged with a Tiger Award. An honor that would later lead to a considerable amount of festival screenings and eventually an Oscar nomination.

MY DOG KILLER is an example of uncompromising art that aims to foster awareness and dialogue. It is an example of necessary art that does not shut its eyes. The same thing can be said about it’s creator Mira Fornay, who never hesitates to speak out. After considerable experience with short films, this is only Fornay’s second feature film. And she still has a lot to say.

NEGATIV: Your choice of racist ideology as main subject of your film is challenging. A subject, that is extremely hard to understand. Do you have a general interest in dealing with subjects that you are not familiar with?

Mira Fornay: I did research for two years in the community of the right-wing political scene as well as amongst skinheads. My general interest was to make a film from the point of view of one of them (a boy – skinhead) and I was interested in their ordinary lives instead of their political ideology. Of course I cannot agree with their ideology at all. I was honest about this from the very beginning. I really gained their trust because I was listening to them carefully. I avoided any form of manipulation. I told them: “I talk to you because I’m interested in your world and I want to understand your world. I want to put it as it is. What you show me will be in the film. What you don’t show me, I will not depict.”
Thus they knew my position from the very beginning. My interest as a filmmaker was to understand why we are still full of prejudice towards those who are somehow different – that’s what racism is about. This story is about the fear of difference and mainly about the shame of being different. Shame and hate are two most destructive emotions in my opinion and both emotions have their roots in fear. I understand this fear as an animalistic reaction, but we are human beings with the ability to think and to feel compassion. I believe showing this story of hate and shame will make people wonder where such destructive emotions are coming from, within us and for sure within our modern society.

NEGATIV: Did you have an audience in mind during the working process?

MF: Not particularly. And in the first place, as I am filmmaker of auteur films, I try to be honest to the audience and not to please them in any way. I want people to think and discuss, to feel and certainly to develop an emotional relationship with the subject. Emotional involvement makes the audience become more curious and vigilant towards their own reality. I can’t answer such a big question as where racism comes from. But it’s important to try to ask clear questions and make the audience think, to question their values and approaches to others.

NEGATIV: As you mentioned, you prepared intensely over the course of one and a half years. This period included workshops with the people involved. Could you explain the process you experienced?

MF: I started with casting professional actors, but couldn’t find the lead-actor in between them. So I moved towards non-actors. Casting agencies have non-actors catalogues for commercial filmmaking, but it really didn’t work out for me. I decided to go to the location to cast locals in the area where I wanted to shoot the film. I like this particular location as it is the strong beauty of the visual which serves as a counterpoint to this hard, dark story. Another reason why I love this location is that the light during spring is very specific and beautiful there. There I found Adam Mihál – the lead actor. He is a footballer and actually no skinhead at all. It’s very important to say the non-actors are not playing themselves – it’s a fictional story. Choosing Adam was the key for me and taking him as a starting point I picked other non-actors (people who had no previous experience in acting, but an obvious talent for it). I decided consciously to go for non-actors. Some of the guys (those tough ones) have some “history”, but it was their talent in the first place convincing me to pick them for the film and they all worked very hard.

NEGATIV: I haven’t been following the box office situation in Czech Republic and Slowakia. How do people there react towards ‚critical‘ films?

MF: Well we don’t make great figures in our cinemas (Slovakia, Czech Rep), but we went to over 50 international film festivals. In general, I’m missing auteur films both in the Slovak and Czech Republic at this very moment and people are beginning to forget about it. They don’t even know they’re missing some alternative in cinema. I hope this will change slowly as there is a new generation of even younger filmmakers than me on the rise. This makes me sincerely happy. For me, there is a clear concept of auteur filmmaking: Not to inform with our films (the internet takes this function of informing and TV of course), but to help people to select, or better to make the right choices based on all the information (pictures, sounds) they are being confronted with. I believe – in the consumerist society we all live in – to know and learn how to select from all this input is a very crucial point to lead a happy and balanced life.

NEGATIV: In 2013, your film was awarded with the Tiger in Rotterdam and recently it has been chosen as the foreign film Oscar nominee of Slovakia. Did the reactions towards the film change through these factors?

MF: I don’t have any direct reactions of people in Slovakia to refer to, but in general the reaction towards the film and its success was very positive right from the beginning. I was positively surprised as I was thinking that the critical approach of the film would be hard to accept for the audience, but the people were and still are very open. So I am very happy. Thanks.

NEGATIV: Thank you very much for the interview.

MY DOG KILLER was released in Germany in March 2014 by Munich-based temperclayfilm, an independent production and distribution company founded by filmmaker Michael Hehl. Only recently he started to release films into German cinemas. As a director, Hehl has been working outside of regular funding systems for years. Hopefully his ambitions of releasing rarely screened titles within the German market will generate attention and lasting support amongst audience members. With no doubt, Fornay’s film is a strong starting point for the company to build up a relationship of trust.

Futher projects of Mira Fornay are in progress and will be announced on the website of her production company MIRAFOX.